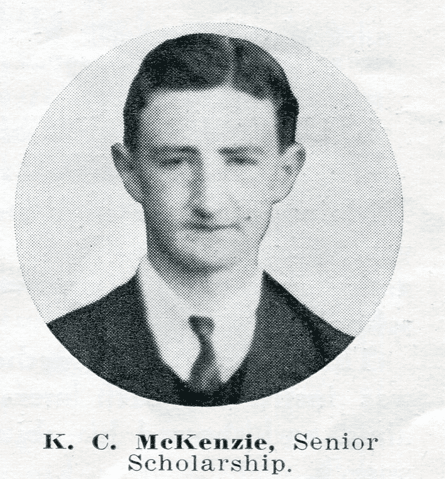 Keith came to Melbourne High School from Box Hill High School to complete his Leaving Hours, which he did successfully, being awarded a Senior Scholarship and Honours in Maths I, II, III and IV.

He joined the Commonwealth Public Service in 1941 and for many years held senior positions in industrial relations and employment areas. He was the Deputy Secretary of the Department of Labour from May 1973 to October 1975 and Permanent Head of the Department of Employment and Industrial Relations from December 1975 until December 1978. He was appointed Deputy President of the Conciliation and Arbitration Commission from 1979 until he retired in 1986.

He was made a Companion of the Order of St Michael and St George in the New Year’s Honours in 1982 for services to the public.
He married Dorothy who pre-deceased him and they had 4 children. At the time of his death at 98 years of age, Keith had 11 grand children and 6 great grandchildren.