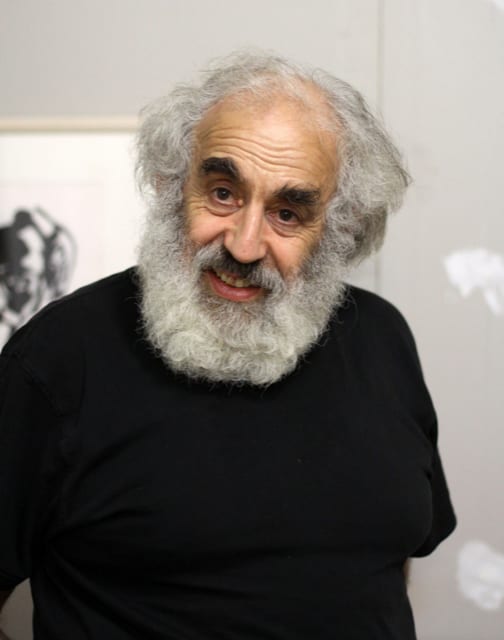 In May 2019, Melbourne lost the cherished neurologist, Dr Jack Wodak, at the age of 76. He was one of three sons of Czech emigre parents Erich and Helen Wodak who, after fleeing the rise of fascism in Europe to settle in Singapore, had to flee again in 1941, this time to Melbourne, where Jack and his younger brother were born. The family returned to Singapore following the end of World War II for several years before briefly moving to Glasgow and then back to Melbourne in 1951. Erich remained in Singapore supporting the family while Jack’s mother, Helen, requalified as a doctor at the University of Melbourne as her original Czech medical degree was not recognised in Australia.

Jack attended Lloyd Street State Primary School and followed his older brother to Melbourne High School to complete his secondary education. He then graduated from medicine at the University of Melbourne in 1967. After the junior doctor years he began post-graduate training as a neurologist at The Alfred hospital before taking the precarious overland route through India, Nepal, Afghanistan, Iran and Turkey, eventually arriving in London in 1971 to complete his neurology studies at the London Hospital and the National Hospital for Diseases of the Nervous System, Queen Square.
Eat sleep train bodybuilding tostadora t-shirt max one for sale rdx women’s gym gloves weightlifting fitness bodybuilding fiore en ebay.
Although struck down by various illnesses, including his first stoush with cancer, during this time he returned to Melbourne to take up a post as a visiting consultant physician in neurology at The Alfred and opened private consulting rooms at first in St Kilda Road and then in the early 1990s at Cabrini Hospital, Malvern, where he continued consulting until five weeks before he died.

Jack was a much-loved colleague in the Melbourne neurological fraternity. He was known for both his intellectual and emotional support to colleagues, patients and students and for his salubrious cathartic wit. He was a generous and supportive teacher and influenced many junior doctors to pursue a career in neurology and related professions.

Jack undertook 15 years of pro bono work at The Alfred in his specialist area of neurological infectious disease during the height of the HIV/AIDS epidemic when the available treatments were of limited use and prone to disabling side effects. He was a superb clinician and a careful and patient listener imbued with a compassionate and humane understanding of human frailty. He had no time for pomposity or arrogance and would not resile from challenging obstructionist bureaucrats when advocating for his patients and their needs. He was highly esteemed by his patients due, in no small measure, to his tenacious advocacy and unflagging support during their worst hours.

Jack was an extremely erudite and cultured man. He was politically astute and widely and thoughtfully read. As a child of Jewish refugees from European fascism, he kept up a lifelong interest and engagement with the dark modern history of eastern Europe. His allegiances also spread to the plight of refugees from all conflicts. He was a child of the Cold War and its proxy wars and in his youth was actively engaged in publicly protesting against their absurdities and cruelties.

As a medical student visiting India, he took it upon himself to interview prime minister Nehru to caution against acquiescing with the vilification of the local Chinese population during the Sino-Indian War. The treatment of asylum seekers by Australian governments in recent years was a matter of enduring outrage. He took an early and growing concern in the environmental degradation that has blighted the late 20th and early 21st centuries. He was deeply antipathetic to contemporary obscurantist political methods and became increasingly alarmed with growing prospect of eventual environmental collapse.

However, Jack was not dark or brooding. He had an epicurean side. He eschewed religious dogma and superstition and enjoyed the finer things in life with a deep love of the visual arts, cinema, theatre, literature, music, fine cuisine and stimulating conversation with friends. He was a refined conversationalist with a sharp often mordant wit and a fine repertoire of jokes very much in the Jewish tradition of anti-authoritarian satire and irony.

His letters, emails and text messages were irreverent, anarchic and delighted in sending up political correctness. His dress code was as unorthodox as his humour. Shirts and ties were anathema, although he did savour one tie, an old Builders Labourers Federation tie emblazoned with the BLF emblem of the Eureka Southern Cross which he reserved for reluctant attendance at rare functions at the Melbourne Club. At the famed Schubertiade music festival in now historically chastened Austria, his insistence on T-shirt, shorts and thongs over the customary attire of “evening dress” would almost certainly have resulted in refused entry to this “hochkultur” had he not been so self-evidently Jewish.

Music was central to Jack’s life. He understood its redemptive power and delighted in sharing that gift with friends. For more than three decades, he held a monthly gathering at home where assembled friends would listen to and discuss comparative performances of a selected work, from the canon of Western classical music. For Jack, however, Johann Sebastian Bach was unsurpassed.

Jack travelled often, at times to precarious destinations, but always with the goal of seeking out great works of art, architecture or music. He returned frequently to London to catch up with old friends and to indulge his passion for theatre art and music.

A particular pleasure was to hear the works of Bach played on original baroque instruments in the Lutheran chapels of Leipzig and surrounding places where they were first performed. His partner and travelling companion the artist and curator, Elizabeth Cross, shared his pleasure in art, artefacts and textiles and helped him to acquire an exceptional and eclectic collection of works. It was always a pleasure to visit Jack at home among his wonderful art collection, to enjoy beautifully prepared food and listen to his amusing self-deprecating stories about his various mishaps when travelling and his sharp observations of the ways of foreign lands.

Jack is survived by his love and partner, Elizabeth, his two brothers, Tom and Alex, and their wives, Helen and Jo, and by his five nephews, niece, and seven great-nieces. He will be greatly missed by his family, patients and many friends.

Bruce Day (doctor in the neurology department at The Alfred)
Article reproduced with thanks to Fairfax Media.